In an interview after the national German game, Barcelona coach Koeman also questioned the referee and VAR while reviewing the game. 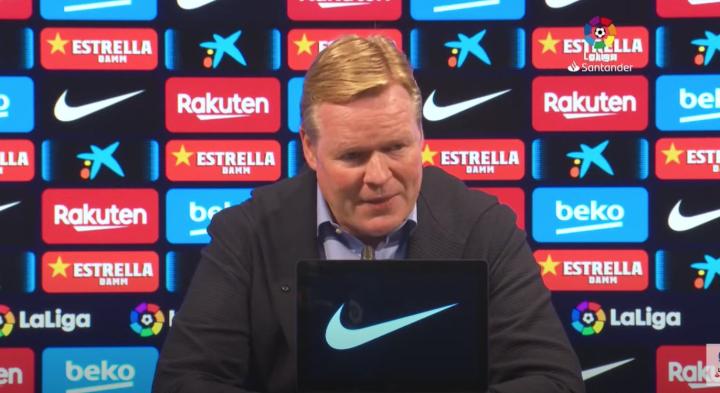 We performed well, created opportunities, and we were in good condition in the second half. It is difficult to understand that we should not lose the game. I didn't understand some of the referee's decisions. His decision had a great influence on the final result of the game. Before the penalty kick, we performed well.

The impact is great, I don’t understand VAR,

At first I let the team recover. Later, I tried to use two new players to increase the speed of the wing. We knew that it was very risky to do that, but we were behind, 1-2 and 1-3 for me. the same.

I asked him: "Is that a penalty in your opinion?" He said yes. Okay, so our views are inconsistent. I told him that in my opinion, it was not a penalty, and I hope they can explain VAR one day.

Young players are part of the team. We select players based on tactical arrangements. We should not lose.

Our plan is to control the game, change the position of Leo (Messi) and let Fati be the fulcrum because he has speed. In addition, deep behind the two central defenders of Real Madrid, a player with excellent ball control is arranged on each of the two wings. I think in this respect, we can be satisfied, we played a great game.

I haven't talked to him about that action, I think Ramos had fouled Langley before.

Real Madrid players try to let the referee call the penalty kick. This is normal. I have no problem with this. The referee should come to a conclusion and decide whether to take a penalty through VAR. I don’t want to talk about this topic anymore,